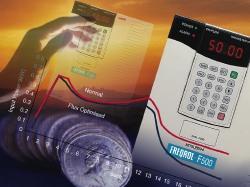 The energy and cost-saving potential of variable-speed drives is a value feature — but they achieve this at the same time as improving the quality of the environment in a building.

Pumps and fans often have to be sized to cope with occasional massive demand, so the energy savings achievable by trimming their speed constantly to match demand can be enormous. With increasing environmental awareness and accompanying new standards such as ISO 14000, drives must become more and more attractive. Additionally, analysts all agree that electricity costs will be rise steadily for the next decade or more after the post-privatisation price squeezes that supply companies endured to win market share.